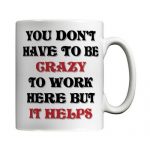 Tea is a precious commodity that is highly regarded in every British home and workplace. It is generally considered a revitalising elixir, and regularly assists in forging friendships, repairing relationships, allying colleagues and acting as an adhesive that binds Britons together.

As such, the art of creating such a valuable substance should naturally come with a set of dos and don’ts so as to ensure complete caffeinated satisfaction for everyone involved, particularly within the office environment.

By following these simple rules, which are listed in no particular order, you can ensure that your tea-making etiquette is tip-top, and avoid any tea-induced office feuds that could arise.

DO make a round of tea, not just a cup for yourself
Don’t deny your colleagues their caffeinated nectar. Not only is it rude to just consider your own refreshment needs, but you will turn your whole office off the idea of making tea for you too.

DO make sure de-caf options are available
Believe it or not, some people do prefer their tea de-caffeinated, so try not to alienate them from the tea-making rituals in the office. It’s just not nice.

DON’T queue jump to the kettle
Have you got up to make a round of brews to find that the kettle is already boiling away with an array of mugs neatly lined up beside it? Just pop your own mugs to the side and come back in a few minutes, no matter how much your tea cravings are telling you to do otherwise. There is simply nothing worse than a boiling water thief.

DON’T put a wet teaspoon back into the sugar pot
Another office tea-making crime is being the person that causes those horrible, discoloured clumps of semi-dissolved sugar to form in the jar. They look ugly and it wastes one of the precious ingredients that a mug of tea often relies on, so just don’t do it.

DON’T use someone else’s mug
In case you’ve not already figured out, Brits can be extremely territorial over their mugs and cups. Chances are each person in your office has spent years searching high and low for their ideal brew holder, so don’t take it away from them.

DON’T stir cups of tea with anything other than a teaspoon
Knives, forks, and pens simply won’t do. You need the correct equipment to create the perfect brew, so make sure a clean, dry teaspoon is always to hand.

DON’T try to carry multiple mugs at once
Not only will you be wasting precious tea as it inevitably splashes over the sides of the mug and onto the floor, you’re also running the risk of dropping the whole lot altogether, which would be catastrophic.

DON’T hand over a mug of tea that’s dripping at the base
Avoid the unsightly mug stains on your desk and take the time to quick wipe the bottom of each mug before handing it over. Your colleagues will thank you in the long run.

DON’T cough or sneeze into the mug
If you’re suffering from a nasty autumn/winter cold, just temporarily hand over the tea-making responsibilities to a colleague. There’s simply nothing worse than seeing someone cough and sneeze over the mug you’re about to drink from.
This list was put together with the help of the team at LondonOffices.com.